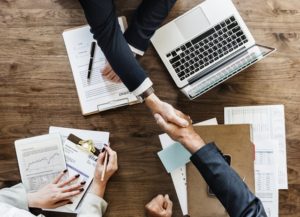 The Supreme Court issued its decision on Helsinn Healthcare S. A. v. Teva Pharmaceuticals USA, Inc. on January 22, 2019, upholding and applying the pre-AIA on-sale precedent to post-AIA matters. This holding establishes that a sale or offer to sell, including secret sales and sales that do not publicly disclose the details of the invention, can qualify as prior art and invalidate a patent under the AIA.

The issue before the Supreme Court was whether the provisions in the Leahy-Smith America Invents Act (“AIA”) that bar a company from receiving a patent on an invention that was in public use, on sale, or otherwise available to the public before the effective filing date of the claimed invention is triggered by a company that sells its invention to a third party under a contractual obligation to keep the invention confidential.

Helsinn Healthcare S. A. (“Helsinn”) created a treatment for chemotherapy-induced nausea and vomiting using the chemical palonestron which is called Aloxi. Helsinn acquired the right to develop this product in 1998 and announced that it was initiating Phase III clinical trials in 2000 and was seeking partners to market the product. Helsinn entered into two agreements with MGI Pharma, Inc. (“MGI”) which included a license agreement granting MGI the right to distribute, promote, market and sell the product in the US in exchange for upfront payments and future royalties. Helsinn and MGI also entered into a supply and purchase agreement under which MGI agreed to purchase exclusively from Helsinn any palonosetron product approved by the FDA. Both agreements required MGI to keep confidential any proprietary information received under the agreement. Helsinn and MGI announced the agreement in a joint press release in 2001.

In 2011, Teva Pharmaceutical Industries (“Teva”) sought approval from the FDA to market a generic version of Helsinn’s palonestron product and was subsequently sued by Helsinn for infringing its patents, including the ‘219 patent. In response, Teva asserted that the ‘219 patent was invalid because it was on sale more than one year before Helsinn filed its provisional patent application in 2003.

The District Court determined that the on-sale provision did not apply under the AIA unless the sale or offer in question made the claimed invention available to the public. Based on this interpretation, the District Court decided that that on-sale provision was not applicable because Helsinn and MGI did not disclose the dosing information in their public statement and such information is claimed by the patents relevant in this case. Without disclosure of the dose, the District Court held that the invention was not publicly disclosed and thus not on sale.

The Supreme Court granted certiorari to determine whether, under the AIA, an inventor’s sale of an invention to a third party who is obligated to keep the invention confidential qualified as prior art for purposes of determining the patentability of the invention. It held that such a sale can qualify as prior art.

In making its decision, the Supreme Court noted that Congress imposed several conditions on the exclusive rights provided through the issuance of patents and one such condition is the on-sale bar. This condition reflects Congress’ reluctance to allow an inventor to remove existing knowledge from public use through the issuance of a patent on that knowledge. The Court explained how every patent statute since 1836 included an on-sale bar, including the statute in force prior to the implementation of the AIA. The AIA retained the on-sale bar and added a broad catchall phrase, “or otherwise available to the public,” and the Court looked to decide whether this addition altered the meaning of the on-sale bar.

The Court noted that while it had never addressed the exact question presented in this case, earlier decisions suggest that the definition of a sale or offer of sale does not require that each detail of the invention subject to the sale or offer of sale be available to the public. For example, the Court in 1998 held that an invention is on sale when it is the subject of a commercial offer for sale and is ready for patenting (Pfaff v. Wells Electronics, Inc., 525 U. S. 55, 67 (1998)). Past precedent focused on whether the invention had been sold, not on the level of detail publicly disclosed whether that detail related to the invention or the sale itself. The Court believed that there was sufficient pre-AIA precedent on the meaning of “on sale” to enable the Court to make the presumption that Congress adopted this meaning in the AIA since it reenacted the same language in the AIA.

The Supreme Court held that Congress did not alter the meaning of “on sale” when it enacted the AIA and thus, an inventor’s sale of an invention to a third part who is obligated to keep the invention confidential can qualify as prior art. While this decision only extends pre-AIA precedent to post-AIA matters, it is an important decision for emerging companies to comprehend. Many companies that we work with at Foresight seek to secure partnership with established companies during their pre-launch strategic planning and leverage these partnerships to show investors traction or product market fit before launching their products or services. While these activities provide objective metrics that can be relied upon by the company to make strategic business decisions and by the investor to de-risk their investment, such activities can have profound impacts on the company’s ability to secure patent protection for their innovation and must be done in combination with an established intellectual property strategy to ensure that such activities are done in a manner that does not trigger the outcome seen in the Helsinn decision.