Digital Intangibles: How NFTs Transform the World of Art and Sports Memorabilia 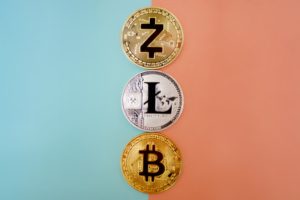 The utilization of blockchain within the digital art environment is a new and rapidly growing application of the technology to enable ownership and authentication of intangible works of art. Historically, physical pieces of art could be bought, sold and authenticated based on the documentation that accompanies the work (known as provenance). The authentication process relies on documents such as artist signatures, ownership records, signed certificates of authenticity, exhibition stickers and other forms that link the piece of art to the artist. While it was possible for another artist to make a replica of a particular painting and try to sell it as an original, the lack of provenance would make it apparent to a buyer that the piece of art was not an original and the price would reflect the art as being a replica. Setting aside replicas, with physical pieces of art, there is typically only one version of the original work and because it is a tangible object, the owner can physically hold the piece of art and once it has been authenticated the owner is assured of the uniqueness and value above any replica. With ownership authenticated, the piece of art may still be displayed publicly in museums and found online in various forms without devaluing the original piece of art.

For digital art, the physical component is absent and the work is typically found online and available for anyone to view and copy. While this ecosystem has extended the reach of digital artists to anyone with internet, it has also complicated the management of rights and ownership as well as the value. Since a piece of digital art can be easily copied, the perceived value has remained low. Blockchain technology has provided a solution to this problem due to the immutable nature of the data stored on a blockchain. The data stored on a blockchain has the ability to provide the provenance for digital art that has historically eluded the industry and depressed the value of original digital art. This data and the process of storing it on a blockchain to create the provenance necessary to authenticate the original piece of digital art happens through the process of tokenizing the art to make a Non-Fungible Token (“NFT”).

An NFT is unique digital object that represents the digital asset or a particular right in the underlying asset. When a particular piece of digital art is tokenized with an NFT, the data (artist information, signature, purchaser history, etc.) is stored on the blockchain. Because the blockchain is both immutable and open source, anyone can view the digital provenance of a particular NFT. While this also means that anyone can view the piece of digital art, as is the case with most high-value tangible art, true ownership of the art is stored on the blockchain which, in theory, should create a strong market for authenticated ownership that parallels that of tangible pieces of art.

Recent headlines have hinted at this theoretical market for digital art in the form of NFTs becoming a reality. Christie’s Auction House recently sold an NFT for $69,346,250. This sale represented the first major auction house to offer a purely digital work with a unique NFT as well as the first to accept payment in the form of cryptocurrency. The piece of art was created by Mike Winkelmann (also known as “Beeple”) and was a collage of digital works of art he created and posted daily for 13-and-a-half years. Other examples include Twitter co-founder Jack Dorsey selling his first tweet as an NFT for over $2.9 million. NFT marketplaces are in the process of raising significant VC funding, particularly in the area of sports.  According to the Wall Street Journal, the market for NFTs grew to at least $338 million in 2020, from around $41 million in 2018.  In March 2021, Dapper Labs Inc., maker of NBA Top Shot, has raised $305 million from investors including NBA legends and other athletes and celebrities.  NBA Top Shot is a site where basketball fans can own a digital copy of a video highlight such as a dunk or game-winning shot.

It is too early to determine if this new market for NFTs will be a short-lived bubble or if we are seeing the early stages of a growing NFT market where collectors will eventually no longer see a distinction between tangible and intangible works. One early indication that the value of owning tangible and intangible art may be converging can be seen in the story of one tech investor who was outbid for the Beeple NFT; this art collector returned to Christie’s to see if any other NFTs were available. While Christie’s had no NFTs to offer, the auction house informed him of an upcoming lot of tangible art, and he ultimately purchased a collection that included artworks by Pablo Picasso and Andy Warhol. Given the rapid rise in prices paid and media exposure of NFT, it is likely a trend that will continue. However, due to the unique nature of art and purchasers of art, the NFT market may simply result in a small number of digital artists receiving high prices for their work with others struggling to find a buyer for their work, just as we see in the world of tangible pieces of art.

Understanding IP Matters: IP Investing — What Is It? Who Does It? Why It Matters

What’s in Store for IP in 2023? Here’s What IPWatchdog Readers are Keeping on Their Radar

How can we help? close