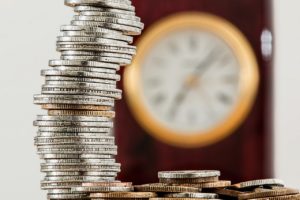 A lot has been written on the impact of the new leadership at the USPTO on the value of patents.  Since his appointment in early 2018, Director Andrei Iancu has managed to introduce new initiatives that increase transparency and uniformity in how the USPTO and the courts interpret patent claims and validity challenges, reforms that are largely considered to have a positive impact on the value of patents.  Some market followers who keep track of the venerable “pendulum”, which signals the patent climate de-jour, were quick to note that the pendulum started swinging ever so slightly back in favor of patents (as evidenced by some renewed interest in the patent marketplace).

From an IP valuation perspective, one should take a broader view at the factors impacting the value of IP Assets, patents as well as other assets.  While patents are legal rights that are profoundly impacted by case law and the USPTO examination policy, focusing on legislative and judicial developments in the US alone constitute a very narrow lens by which to evaluate IP portfolios and the value they bring to the companies that hold them.

Below are some of the main trends in that we have seen in 2018, based on the IP portfolios and transactions that came through the door in our IP valuation practice:

In conclusion, our experience in 2018 indicated that patents are only one component of the modern company’s IP portfolio.  There are other types of intangible assets, including new categories of assets we haven’t seen before, that are emerging in the new digital economy, posing new valuation challenges but adding more sources of value for companies.  Additionally, new technological advances are creating fertile ground for technology transfer and open innovation, processes that depend on IP rights and which give IP Assets great value.