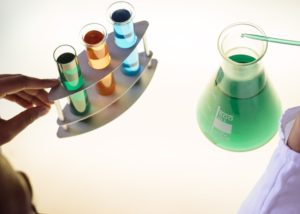 In this blog, we are discussing the United States Court of Appeals for the Federal Circuit’s March 2021 decision in the Bayer v. Baxalta case and the discretion is provided the jury in selection a reasonable royalty rate for damages calculations. The details of the case involve the Federal Circuit affirming the District Court’s ruling that a treatment for Hemophilia sold by Baxalta infringed claims owned by Bayer. The purpose of this blog is to highlight the Federal Circuit’s opinion as to Bayer’s damages expert and his methodology of determining, or allowing the jury, to determine the appropriate damages.

Bayer’s damages expert submitted an expert report in which he opined that Beyer was entitled to a royalty rate of 23.75%. He determined this royalty rate based on it being the midpoint of a rather large bargaining rate of 5.1% to 42.4%. This midpoint opinion was based on the Nash Bargaining Solution which was developed by the Nobel Prize winning mathematician who made fundamental contributions to game theory and was memorialized in the popular 2001 film A Beautiful Mind. The damages expert’s opinion that a reasonable royalty is the mid-point of the bargaining range was initially excluded by the District Court on a Daubert Order because the District Court concluded that the expert failed to tie his 50/50 split to the facts of the case. The District Court denied Baxalta’s request to prohibit the expert from testifying on the bargaining range of 5.1% to 42.4% and the jury returned a verdict for damages based on a 17.78% royalty rate and the ruling was appealed.

The Federal Circuit addressed the issue of damages on appeal to determine whether the District Court erred in permitting the jury to pick a royalty rate within the range of feasible rates presented by Bayer’s damages expert. In its opinion, the Federal Circuit explained that there is no precedent that requires an expert to provide a single proposed royalty rate and that there is existing precedent entitling juries to choose an award within the amounts advocated by the opposing parties, in a manner that is not bound to accepting a specific rate proffered by one party’s expert. The opinion highlights the main requirement that the expert must adhere to the use of a reliable methodology in determining the range of hypothetical negotiation royalty rates. In discussing the methodology utilized by Bayer’s expert, the opinion describes how the expert’s testimony demonstrated that he considered and discussed the appropriate Georgia-Pacific factors that were used in the determination of the minimum and maximum royalty rates that Baxalta should have expected during licensing negotiations.

An easy take away from this case is that a damages expert has fulfilled his or her obligations by stating, as Bayer’s expert stated, that “as a matter of economics, any of these royalty rates (between 5.1% and 42.4%) would be feasible outcomes” and the “reasonable royalty is the likely outcome within that range”. However, the Federal Circuit made it clear that such a statement is only permissible when supported by reliable methodologies that adhere to established precedents and only then can the expert leave the final determination of the exact royalty rate to be used to calculate damages to the discretion of the jury. Ultimately, the Federal Circuit affirmed the decision of the jury in selecting a royalty rate of 17.78%, a rate within the range outlined by Beyer’s expert and higher than the 1% royalty opined on by Baxalta’s expert.