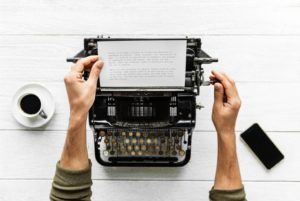 On March 4, 2019 the Supreme Court of the United Stated issued its decision in the Fourth Estate v. Wall-Street.com copyright infringement case. The issue before the Court related to the interpretation of title 17 U.S.C. section 411(a) which states that “no civil action for infringement of the copyright in any United States work shall be instituted until … registration of the copyright claim has been made in accordance with this title.” Specifically, the Court was interpreting what “registration has been made” meant in the context of section 411(a). The Court took this case due to decisions in various Circuits which yielded inconsistent holdings related to whether a copyright action could be initiated upon filing of the copyright application (Fifth and Ninth Circuits) or only upon registration of the copyright by the U.S. Copyright Office (Tenth and Eleventh Circuits). The inconsistent holdings between Circuits is largely due to the unique nature of copyrights where the author gains exclusive rights in the work immediately upon creation, but this holding provides clarity to copyright holders on the process that must be taken to enforce those exclusive rights.

Justice Ruth Bader Ginsburg delivered the unanimous opinion stating that the specific context of section 411(a) permits only one sensible reading: “The phrase ‘registration . . . has been made’ refers to the Copyright Office’s act granting registration, not to the copyright claimant’s request for registration.’” The fact that this was a unanimous decision suggests that this was a fairly straightforward case to resolve inconsistent holdings in lower courts. Common sense prevailed in this case which requires registration, by the Copyright Office, before initiating an infringement action. The Court discussed nuances in the code related to preregistration and the ability to initiate a suit once preregistration has been made. This nuance was utilized by Fourth Estate to argue that application, not registration, is the trigger enabling the holder of a copyright application to initiate a lawsuit. However, the Court emphasized that even in a suit based on the infringement of a preregistered work, registration is still required after publication of the preregistered work. Therefore, even in situations where loopholes or caveats exist in the code, the requirement for registration remains and a plaintiff who fails to register the work with the Copyright Office will see their complaint dismissed.

Fourth Estate’s best argument is that the vast majority of applications are granted and thus the need to delay initiating a suit until the Register of Copyrights completes it process and registers the work is unnecessary. This delay has resulted in an increasing burden on copyright owners as the delay has increased from a few weeks in the 1950s to many months today. However, the code also describes the steps an applicant must take before initiating a lawsuit based on the infringement of a work that was refuses registration by the Register of Copyrights. This section of the code would have no purpose if Congress intended a reading of section 411(a) that enables a copyright claiming to sue immediately upon application.