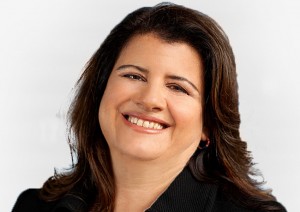 The need to value patent portfolios may be even greater after the Supreme Court’s decision in the Alice case.

The Securities and Exchange Commission (SEC) may require more transparency among public companies when it comes to valuing their patent portfolios.

Now, such portfolios generally do not have to be formally valued and reported to interested parties. But given the push for increased transparency, such as at the SEC, and the desire by investors to know more about the companies in which they invest there could be more guidelines or formal requirements forthcoming.

Looking ahead, the need for valuing patent portfolios may be even greater after the Supreme Court’s decision in the Alice Corp. v. CLS Bank case, too. The Alice decision also was seen as a partial victory for many large tech companies that need to protect their patent portfolio from lawsuits, according to InsideCounsel. Generally, in Alice, the justices confirmed that an abstract idea cannot be patented under Section 101 of Title 35 U.S.C. even if a computer is used.

As of now, companies do not calculate the value of their patent portfolio, but will report an amount on patent portfolios that they acquire through M&A activity, according to accounting professionals.

“Intangible assets must be fully disclosed only when they are acquired and paid for, either in a business combination (M&A deal) or in an asset purchase, when the purchased intangibles are valued and reported on the balance sheet of the buyer at their fair value,” Efrat Kasznik, president of the Foresight Valuation Group, explained in a recent article.

Change is possible, however, but it may only come down as a requirement by regulators.

“It needs to come down from the SEC,” Kasznik, a lecturer on valuation at Stanford’s business school, told InsideCounsel in an interview. “I am not sure that companies would voluntarily do that.”

She recommends that companies voluntarily look at the value of their IP portfolio, especially with the heightened attention given to it associated with the Alice decision. Also, this way they would be able to answer any questions on the portfolio’s value that could be posed by shareholders.

“This is not a new problem,” Kasznik added. “Alice made it more acute.”

In connection with the Alice decision, she further recommends that companies undertake a legal review of patent portfolios to see if a significant portion of the portfolio is at risk.

Still, it is understandable why some companies may be opposed to releasing a value on patent portfolios. The values are very volatile, which likely means a company would have to keep on updating the estimates, Kasznik said. Also, now management of a company has more information about a business than the market in general. Management can pick and choose when and what to disclose when it is advantageous for them to do so. And businesses may argue that the strength of a patent portfolio may be able to be interpreted by analysts already by closely examining R&D expenses.

The patent portfolio is considered to be an intangible asset. A rule on these kinds of assets was never implemented largely because of “resistance by reporting entities and their advisors to disclose market vulnerability arising from proprietary rights,” the SEC’s website explained based on collected comments. “In addition, rules were never formalized to guide the reporting of internally generated intangible assets.” Under the U.S.C. 9, “General intangibles” includes such items as “patents, trademarks, copyrights, contracts, permits, executory contracts, and licenses.”

But in recent years, there have been transactions involving collateralization of GI. These include Google’s acquisition of Motorola for $12.5 billion, which included an impressive patent portfolio, or, Nortel selling its patent portfolio for $4.5 billion to Apple, Microsoft and other tech firms.

These are “only a few examples of material obfuscation and carelessness where appropriate recording and transparency would have benefitted shareholders,” according to comments made to the SEC.