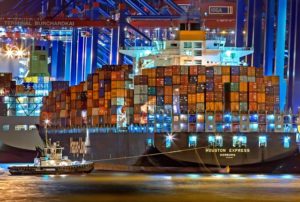 The Office of the U.S. Intellectual Property Enforcement Coordinator (IPEC) issued its Annual Intellectual Property Report to Congress this month (“Annual IP Report”). The Annual IP Report details the coordinated efforts of the White House, the Departments of Commerce, Justice, Homeland Security, State, Treasury, Health and Human Services, and Agriculture, the Office of the U.S. Trade Representative, and the U.S. Copyright Office to promote strong intellectual property rights protection and enforcement, both domestically and abroad. Included in the Annual IP Report is the Administration’s four-part strategic approach to promote and protect intellectual property which is quoted below:

It is unfortunate that the Annual IP Report does not include more recent statistics regarding the impact of Intellectual Property on the economy in the past 5 years. However, the report does include some recent statistics on the economic cost of IP theft, which may explain the focus of this Administration on imposing sanctions and tariffs in an effort to protect U.S. IP rights internationally, rather than engaging in efforts directed at promoting the role of U.S. IP in domestic and foreign markets. The Economic Cost of IP Theft section of the Annual IP Report largely focuses on the role China plays in the misuse and misappropriation of U.S. intellectual property. The focus on China is not limited to this section of the report and can be found throughout the report, and China is specifically the target of the Administration’s four-part strategic approach to promote and protect intellectual property. The focus on China’s role in IP theft and the impact on the U.S. economy relies on the following statistics:

Given that an estimated 1.2-2.3 percent of counterfeit goods are actually seized by CBP, it is difficult to see how the approaches outlined in this report will make a meaningful impact on preventing IP theft, and in turn on the U.S. economy. Time will tell whether this approach will further the Administration’s stated goal of advancing American economic interests overseas and enabling American innovators and creations to operate in foreign markets with clear paths to secure and use their intellectual property. However, given the profound impact of IP-intensive industries on the U.S. economy, any approach to promoting and protecting U.S. intellectual property must balance the economic value add of the status quo which accounts for roughly 40% of the U.S. GDP against the risk of disrupting IP-intensive industries to address the 1%-3% cost to the U.S. GDP from IP theft in the form of counterfeit goods, pirated software and theft of trade secrets.