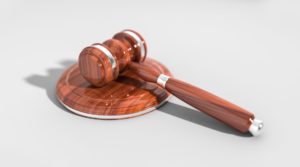 We last wrote about the Arthrex case back in November of 2019 and this blog is a continuation now that the case has finally reached a decision by the Supreme Court. In our previous blog, we described how the United States Court of Appeals for the Federal Circuit ruled that the appointment of the Patent Trial and Appeal Board’s (“PTAB”) Administrative Patent Judges (“APJs”) violated the Appointments Clause of the U.S. Constitution. This decision was based on the lack of direction and supervision of APJs by the presidentially-appointed Secretary of Commerce or Director of the USPTO as well as the lack of independent statutory authority to review the final written decisions by the APJs during inter partes revew. These factors resulted in the United States Court of Appeals for the Federal Circuit to decide that APJs are acting as principal officers, in violation of Appointments Clause, and to remedy the constitutional violation the tenure protections of APJs were invalidated.

On June 21, 2021, the U.S. Supreme Court delivered its written opinion in United States v. Arthrex, Inc. in which it vacated the judgement of the United States Court of Appeals for the Federal Circuit and remanded the case to the Acting Director of the USPTO. In its opinion, the Court addressed the responsibilities of the APJs and, as was the case in the previous ruling, focused on the requirement that APJs, as inferior officers, are required to be directed and supervised at some level by others who were appointed by Presidential nomination with the advice and consent of the Senate. In the case of APJs, the majority opinion concluded that lack of review by a superior officer meant that the APJs wielded unreviewable authority during inter partes review which elevates them to a higher position than an inferior officer, in violation of the Appointments Clause.

The Court then addressed the appropriate remedy for the violation of the Appointments Clause and crafted a tailored approach to overcome the Constitutional violation. The remedy described in Part III of the Court’s opinion created a new framework for review by the Director of the USPTO of PTAB decisions and the ability of the Director to issue decisions on behalf of the PTAB. In crafting this remedy, the Court overcame the lack of review by a Presidential nominee and therefore preserved the status of APJs as inferior officers. The Court was careful to note that this decision “concerns only the Director’s ability to supervise APJs in adjudicating petitions for inter partes review” and does not address over types of adjudications conducted by the PTAB.

It is unclear at this stage how this Director-level review will be made available for parties in inter partes review proceedings and by what standard the Director will review petitions for rehearing by disappointed parties. In 2020 there were more than 1,400 inter partes review petitions and over 400 Final Written Decisions by the PTAB. Given these number, it is unlikely that the Director of the USPTO will review all decisions by APJs, but this framework enabled the Court to preserve the inter partes review process and we are forced to wait and see how this new power by a political appointee will impact the post-grant proceedings of the PTAB.