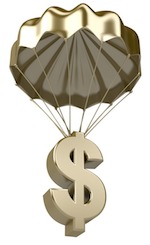 The Supreme Court’s Alice decision has introduced a dimension of uncertainty associated with the validity of many of the software patents held by operating companies today. There seems to be a consensus among some of the leading academic and judiciary experts supporting that conclusion, as seen in recent comments made by Stanford Law School’s Prof. Mark Lemley, as well as in recent comments by former Federal Circuit Chief Judge Michel. From a valuation and financial reporting perspective, there needs to be a serious examination of the post-Alice landscape implications on the value of patents as corporate assets. The results of such examination may lead to further action – which could range anywhere from additional disclosure requirements by regulators, all the way to actual corporate asset write-offs. This article highlights some of the key issues that need to be addressed by companies and regulators.

In order to address the Alice decision and its impact on corporate disclosures, one needs to first understand the existing financial reporting requirements and how patents are presented as corporate assets. Under current accounting rules (US-GAAP and IFRS), internally generated intangibles, including patents, do not show as assets on the balance sheets of the companies that created them. Patents only show up on the balance sheet if they were acquired and paid for, either as a standalone portfolio or as part of an M&A deal where the assets of the target include patents. It is important to mention that these patents had no value on the books of the selling company either, so in most cases a transaction where patents are changing hands is the first time that the value of such assets is reported anywhere.

Take, for example, the Google acquisition of Motorola Mobility in 2012. The Motorola Mobility balance sheet on the eve of the acquisition showed virtually no value allocated to patents as corporate assets. Yet, the acquisition resulted in Google reporting $5.5 billion of patents as acquired assets on its post-merger balance sheet. The post-M&A valuation itself is conducted by valuation experts with no particular legal or technical knowledge, who assume that the patents are valid based on the due diligence done by the legal team of the buyers. Assessing the validity of patents as part of a post-merger purchase price allocation is outside the area of expertise of IP valuation experts, as well as the auditors in charge of reporting the deal. Once the pre-merger due diligence is complete, there is no further legal examination of the patents for purposes of financial reporting.

Implications of the Alice Decision on Financial Reporting of Patents

When looking at the financial statements of any company, one needs to keep in mind that there are two types of disclosures for patents: the reported patents, resulting from acquisitions; and the “invisible” patents, those emerging from the company’s own R&D efforts, which are not reported as corporate assets as all. It is usually the case that most of the company’s patents fall under the second category, and in particular when it comes to large tech companies that spends billions of dollars on R&D, resulting in many new patents filed every year.

There is an established process for recording losses related to the decline in value of patents acquired through acquisitions: these patents are tested periodically for “impairment”, a process that involves comparing the carrying amount of an asset (price paid for the asset, or its “book value”) to its fair value (as calculated based on current market conditions). An impairment loss is recognized when the carrying amount of patents is not recoverable and exceeds its fair value. Impairment testing is done when there is an indication that might trigger a decrease in the market price of the asset below its reported book value. There is a list of conditions that the regulators consider as triggers for impairment, including – among others – a significant adverse change in legal factors. It is a grey area involving discretion by management, subject to varying degrees of leniency by the auditors running these impairment tests. It is not immediately clear whether the post-Alice legal ambiguity should be considered a strong enough trigger for impairment testing of certain categories of patents, and if so, what type of testing should be applied, and who should perform the testing. Impairment testing is currently done by valuation experts who lack the legal background to assess the validity risk associated with the patents, and subsequently the assumption of validity is carried over from the original post-merger valuation. More guidance is needed from the FASB and the SEC on that topic since the process, as currently performed, does not lend itself to the inclusion of validity assessment by the valuation experts or the auditors.

While impairment analysis exists for reported intangible, there is no process whatsoever for writing off non-reported intangibles, which include all internally created patents as previously discussed. Since these assets are not on the balance sheet, there is nothing to write off in the first place and no basis against which to conduct an impairment test. From a pure accounting perspective – there is no place to record the loss, and no way to calculate the size of the loss. This does not mean that the markets will not factor that into the stock price, even without specific disclosure by the company. It may very well be that if companies start writing off acquired intangibles, stock analysts and investors could estimate the degree at which a similar write-off could be applied to non-reported patents, and adjust stock price expectations accordingly. While this is all highly speculative and there is no way of telling how stock markets will react, it is not unreasonable to assume that some companies with patents that are directly impacted by the Alice decision might see some sort of market price adjustment based on the higher invalidity risk associated with these assets, even if these patents are not on the balance sheets of these companies.

Implications of the Alice Decision on Compliance with Securities Laws

Financial reporting is the main channel for companies to communicate information to shareholders and markets at large. Financial reporting by US publicly traded companies is regulated by the SEC, and is governed by a set of securities laws and regulations. One should therefore look up to the SEC for guidance related to the post-Alice disclosure requirements to be imposed on companies. More specifically, both Sarbanes-Oxley (SOX) Act as well as Rule 10b-5 compliance are issues that warrant a closer look:

The Sarbanes-Oxley (SOX) Act requires management and auditors to establish a level of internal controls that would guarantee the accuracy of reported financial statements. All financial reports need to include an Internal Controls Report showing that a company’s financial data are accurate and that adequate controls are in place. Criminal and civil penalties are imposed for noncompliance. Section 302 requires the CEO and CFO to certify that the reports “fairly present in all material respects the financial condition and results of operations” of the company for the periods included in the report. When it comes to IP, the guidelines for SOX compliance are vague and there’s no clear set of steps that companies apply to their IP portfolio to guarantee compliance. This approach might change post-Alice, if large portfolios are at risk of invalidity. It could certainly be considered a “material aspect” yet it is unclear what set of best practices will emerge and how the SEC will enforce them.
The 1934 Securities Exchange Act’s rule 10b-5 lays the foundation for the SEC to investigate possible security fraud claims. Rule 10b-5 violations cover cases where executives make false statements in order to drive up share prices, or where they withhold negative information that could have an adverse impact on stock prices. Violations of 10b-5 open the door to shareholders’ class action litigation as well, especially if stock prices experience fluctuations that can be attributed to material misrepresentations by management. This could create an additional risk of litigation or SEC investigation for companies with a large concentration of patents directly affected by Alice, and should motivate these companies to take a closer look at the value of their IP portfolio and determine whether additional disclosures are prudent under the circumstances.