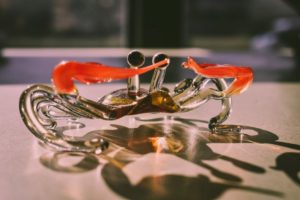 Unarguably, one of the most important branding decisions to be made by an entrepreneur is the name of the venture. Some of the world’s most iconic brands not only have catchy names, but also names with a great story behind them. These stories often offer a glimpse at the company’s history, whether or not the name actually has anything to do with the product or service itself. The origin of the Apple name, for example, is tied to a story told by Steve Wozniak in his autobiography, in which Steve Jobs suggested the name after returning home from a stint in a commune which he referred to as an “apple orchard.” The name Google was the result of a misspelled search in the domain name registry, and a welcomed change to the company’s original name, “BackRub.” And who can forget Justin Timberlake (as Sean Parker) advising Mark Zuckerberg to “drop the ‘The’” from TheFacebook.

From these examples, and many more, we learn that the origin of the name is  arguably equally important as the actual name itself. From a sheer branding perspective, having these stories to tell about your company history can greatly aid in the building of a community around your brand – fostering loyalty and contributing to sustained success. In fact, some suggest that brand names that are directly related to a product or service are less likely to succeed than an extraneous name. Scrolling down any list of top brands reveals that this notion seems to be accurate. Perhaps the reason is that the disconnect between the name of a company and its offerings provides for much stronger and sustainable Brand Awareness, Brand Association, Brand Positioning, etc. when consumers are tasked with connecting a name to a product or service themselves rather than being told exactly what to expect. In my own mind, for example, I was tasked with creating the associations between the Disney name (which at its origin is simply a surname with no relation to animation) with family-oriented, funny, and wholesome cartoons. Because I have learned to associate the name with the product and accompanying emotions on my own, that bond is far stronger. Conversely, another animation brand that I have grown up with is Cartoon Network. The company offers a brand name that is immediately reconcilable with their offering. Over the years, it is possible that by allowing me to skip the step of creating this brand association on my own, the brand has fostered a less meaningful and sustainable relationship. Among many other factors, the difference in brand power in my mind is conceivably attributable to the mechanics of the brand name itself.

Given that the brand name is so important, entrepreneurs spend countless hours mulling over their options to find the perfect fit. Sometimes, however, there are roadblocks. In a recent U.S. circuit court case, an entrepreneur was denied the right to use “The Krusty Krab” as the name for his new restaurant venture. The Krusty Krab, a Bikini Bottom staple, is of course the name used by the fictitious restauranteur Mr. Krabs in the SpongeBob SquarePants cartoon show and movies. The case is an example of an interesting rule around trademark protection for things that are not officially registered with the Trademark Office and that originate from fictional sources. Having appeared in over 80% of SpongeBob episodes, in addition to 2 feature films, the court ruled that Viacom (the rights holder to SpongeBob) should retain the rights to The Krusty Krab. In court, Viacom successfully proved that diners at the proposed Krusty Krab restaurant would likely confuse the establishment with SpongeBob’s fictional employer. The courts have taken a similar stance in the past on trademark related cases, granting trademark protection to the Daily Planet (from the Superman universe), as well as the General Lee (from The Dukes of Hazzard).

When developing a brand strategy, brand name is a pivotal decision. The various components of Brand Equity can be bolstered by a solid name with an interesting origin story. Unsurprisingly, entrepreneurs tap in to any and all available resources while attempting to derive the perfect name. It is important, however, to remember that trademark protection can be awarded for things outside of the official registry. But just because a name may be protected, does not necessarily rule out the possibility of its use for your venture. Interestingly enough, Viacom itself has a history of lending its marks in the food business. A license of the Bubba Gump Shrimp Co. name from the hit movie Forrest Gump is responsible for the turnaround and massive success of a once declining seafood provider. In this case, Mr. Krabs was not quite ready to grant access to his infamous secret formula.